Your home in Venice

In the centre of Venice

At 50 meters from the Rialto Bridge

The Hotel Marconi has a view of the Rialto Bridge on the Grand Canal in Venice. Because of its location offers to his guests an easy access to the major historical and artistic sites of the city.

It offers air-conditioned rooms with satellite TV, a minibar, and a private bathroom with hairdryer and toiletries. Some boast a classic touch, and others feature fine Venetian antique furniture.

You can enjoy a buffet breakfast in the bright dining room and sip a drink at the outdoor tables while admiring the view.

In an inviting atmosphere of the Ancient World, relaxing and enjoyable , guests can enjoy a hot buffet in the breakfast room. In the hotel we have no restaurant. We offer only accommodation and breakfast in the morning.

At any time, a friendly staff is available to provide all information and advises to help the guests to have a nice stay in Venice.

Free WiFi available in the hotel.

The furniture is in a classic Venetian style with an eye to modern comfort. It has been also e film set for several movies including “Venezia la Luna e Tu” with Alberto Sordi.

St. Mark’s Square, the Church of the Frari and the “Ponte dei Sospiri” are within a 5 minute walk

It was in the 30’s one of the few and most prestigious hotels in Venice. The Marconi Hotel has 26 rooms with heating and air conditioned, private bathroom and modern facilities.

The San Polo district takes its name from the church dedicated to St. Paul the Apostle erected on the field of the same name. The church is very ancient and probably dates back to the ninth century and has undergone several renovations over the centuries.

The present appearance does not have a uniform morphology or style attributable to a particular era. The church tower was built in 1362 on a stone base,

it is covered with terra-cotta bricks, ending with a conical spire “pine cone” resting on a high octagonal drum and is a typical example of a fourteenth-century Venetian bell tower.

Inside the church, the Oratory of the Crucifix, were placed the twelve stations of the Via Crucis painted by Giandomenico Tiepolo between 1747 and 1749. The father Giambattista is instead attributed the altarpiece The Virgin appears to Saint John the second Nepomucfeno altar while the Last Supper, on the back wall, is to be attributed to the workshop of Tintoretto.

In the left apse chapel you can admire the Marriage of the Virgin by Paolo Veronese while the presbytery there are many works by Jacopo Palma the Younger.

Continuing along the Salizada San Polo and penetrating into streets you reach the Church of San Toma. The church is dedicated to St. Thomas the Apostle, overlooking the field of the same name in the area between the Canal Grande and Frari Square.

Despite being a very old church foundation his appearance was completely changed by numerous transformations and reconstructions. The interior has a single nave with a vaulted ceiling with frescoes. Opposite the church, on the opposite side of the field, it is the headquarters of the School of Calegheri (shoemakers), a very rich and powerful corporation that, in its most flourishing periods, there were also fifteen hundred members. The school many years ago was the subject of an interesting architectural restoration and is now home to an active multipurpose center.

Just behind the church of the Friars, on the road which leads from San Polo to Piazzale Roma, a small field is framed by three majestic buildings: the right apse of the Church of the Frari, left the Scuola Grande di San Rocco and facing the church dedicated to the saint. The church of San Rocco was built in the late fifteenth century when the school officially assumed the title of Great School (1489) and was so determined than next to a church. In charge of the design was still young architect Bartolomeo Bon realized that the factory following the teachings of Codussi.

The result was a single-nave church with bi-apsidal chancel and two side chapels built in Corinthian style. In the first half of the eighteenth century the church underwent radical restoration work. Today the church has a nave with a flat ceiling, four altars to the walls and apse chapels. The interior decoration is of great importance. You can see eight paintings by Jacopo Tintoretto, paintings by Sebastiano Ricci and Francesco Solimena. From the great plague of 1576 the Venetian Government decided that the day of San Rocco, the patron of plague victims, was a feast. So every August 16th, the birthday of the saint, the Doge went in procession to the church to attend mass.

Hotel Ateneo in Venice is located in a quiet street in the historic centre near Piazza San Marc at just 300 meters from Saint Mark’s Square and 50 meters from La Fenice Theatre. The surrounding area offers a wide choice of shops and restaurants.

The hotel San Moise is located very close to San Marco Square in Venice in a canal with the passage of the gondolas, famous all over the world. The Hotel San Moise is unique for its private courtyard in a house of the 1600 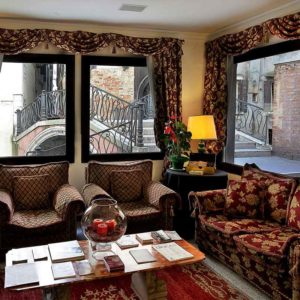 Hotelsinvenice.com is pleased to present the Hotel Cà Alvise with the elegance and charm of its rooms that will make your holiday not only a simple stay but a real Venetian experiences. 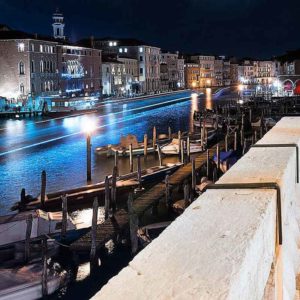 An historic residence near the Rialto, Ca’ Favretto, currently the Hotel San Cassiano, is an elegant 4-star hotel in Venice, the former home of one of the most important Venetian artists of the 19th century.